We had an awesome time in Maine, the 8 of us. We couldn't have written a script for a week that was more fun. There wasn't a single thing that detracted from the good times we had. We shared a beautiful cottage in South Bristol, Maine. Just down the road, about a three minute walk, was S. Bristol Cove--a working cove that gave us the opportunity to photograph some of the boats leaving early in the morning. We even had fog two mornings... These images are in no particular order, just randomly placed in the blog.

This shot was just some practice with my infrared camera. Love the effect--anything green (that grows) turns a beautiful white. Clouds pop, the sky gets darker, grass looks snow-covered. It's just a beautiful, ethereal look. 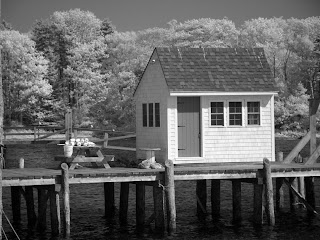 In a lot of places, the overall view wasn't too picture-worthy, so it was best to concentrate on the details. This is just a little shanty on the end of a dock where you can rent kayaks and canoes. It was closed for the season since we were there during the last week of Sept. 2007 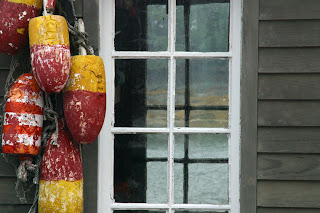 Another infrared image. This is really a favorite of mine. It is a small park area in Wiscassett, ME. In color it didn't look too inspiring, but I love the look of the infrared. 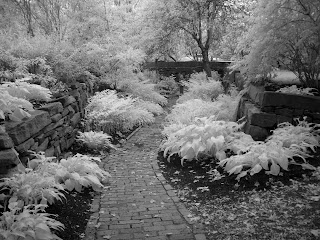 Using our trusty guide book of the coast of Maine, we concentrated on the area most closely connected to where we were staying. We managed to see and photograph quite a few lighthouses. This is Owl's Head Light. It's a short lighthouse because it is set so high on a cliff. There wasn't much vantage for taking photos of this one--unless I wanted to break the law and climb over the fence, and possibly break a leg by falling off the cliff--none of which I thought was particularly enticing. 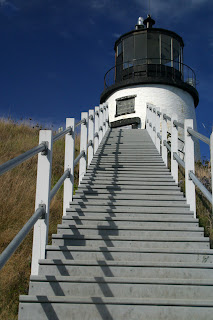 Saw this sign post as we were driving around and just had to stop and get
a shot of it. Great colors! 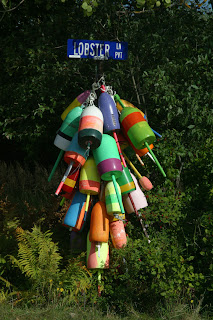 This cluster of buoys was lying on one of the docks we were at. Great colors again,
and they way they were tied together caught my attention. 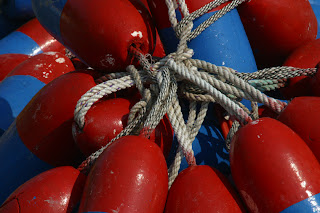 This is Marshall Light. I took many shots of this one from all different angles. Off to the sides, you're down on the rocks looking up at it, so unless there are some great clouds in the sky, it's kind of ordinary, if you can call a great, historical lighthouse ordinary. I like this shot best because of the low angle. I was actually lying on my stomach trying desperately to hold the camera still while supporting it with my elbows. 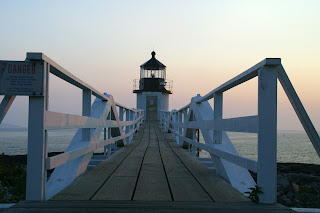 This is another view of South Bristol Cove. 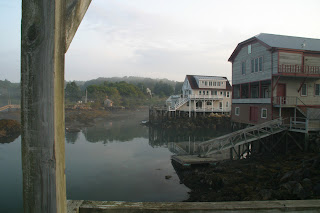 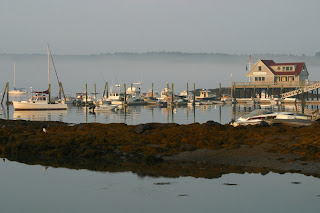 The shoreline at Pemaquid Light. We spent a few hours here on the rocks on one of our last days in Maine. The weather was spectacular and it was just the right temperature to sit and watch the ocean. 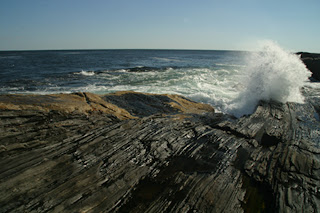 This was just one of those vacations in one of those places that convinces you of the power and majesty of our great God. Certainly, an "accident" could not have put together all these elements in such a beautiful way. And an "accident" couldn't have put the 8 of us together to get along so well, laugh so much, and have such a good time. It was a great way to end the summer and have memories to hold onto until next spring.
Posted by Linda at 8:11 PM No comments: Links to this post

Labels: The Lure of Maine

Well, it's Feb. 25 and it's been quite a while since I've updated, but it's also been quite a while since I've done any shooting. Yesterday, a friend and I went to Troy and did some street photograpy. Yes it was cold! Yes it was windy! Yes we persevered! I used one camera with slide film in it for a competition at my photo club, but the rest of the time 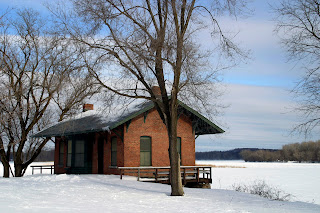 I used my digital camera. I'm happy with some of the images, at least enough to have made the fieldtrip worth while.


This first shot of the train station is along the Mohawk River, not in Troy. We didn't stay here too long since the wind was blowing with a vengeance...

These pigeons were interesting. They were 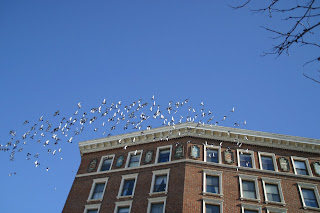 roosting on the roof of this apartment building. Every once in a while, as if on cue, they would all
take off, circle around in unison for a minute or two, and then land again on the roof.

We stopped at a hot dog diner for lunch. Before 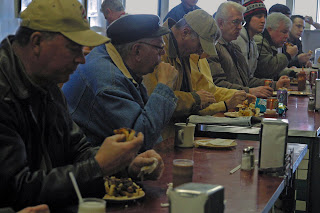 we left we managed to take some shots of the
interior. I was intrigued by the folks sitting at
the counter. They paid no attention to me, as if
there were photographers there taking photos
every day. I'm glad they ignored me. 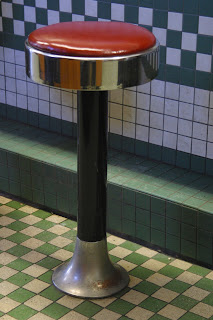 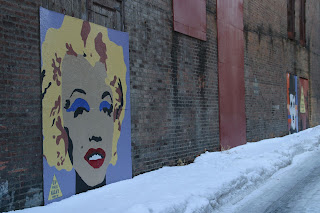 These last two shots were taken in an alleyway.
I love the one with the lettering on the wall. The
phone number reminds me of the one I had when I was growing up. Two letters and five numbers... 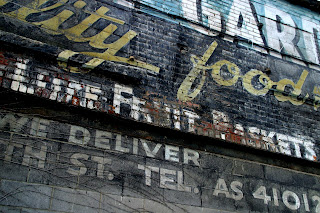 Posted by Linda at 6:36 PM No comments: Links to this post