There used to be many more of us.  When the kiddos were little there were about 16 gathering for family events.  Now the kids are grown and gone.  It's sad, but that's what kids do.  They grow up and often they leave.  That's the point for parents--grow them up and send them out.

It doesn't stop those of us who are left behind from feeling nostalgic about "the good old days".  But the 7 of us still had a good time yesterday. 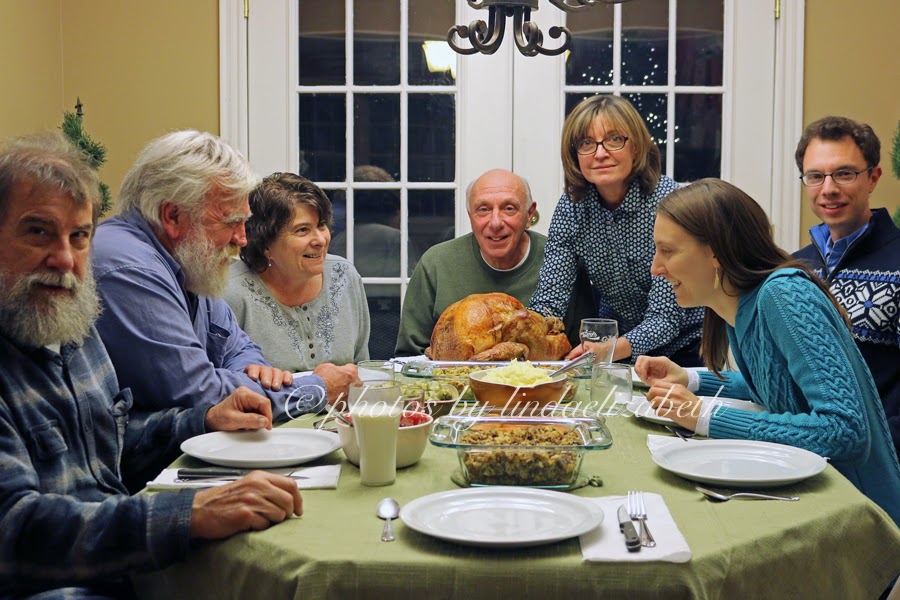 Thanks go to Norman Rockwell for the inspiration for this image.

It's Thanksgiving Day, 2014.  There's much to be thankful for, the primary thing being that there's a God in heaven Who has everything under control even though it seems like this country and this world is spinning wildly into oblivion.  God has His plans and they can't be thwarted.  All that is happening is by His permission and design...

A couple of days ago I made some French bread.  This morning I had an epiphany and decided to make French toast with the remaining French bread. So yummy. 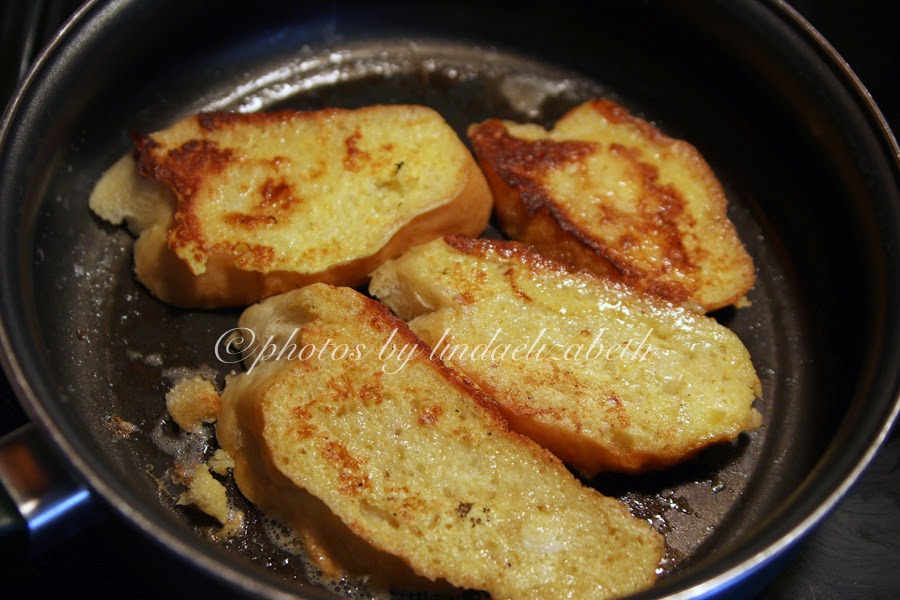 After I took a few photos of the bread cooking, it occurred to me that I could take some photos of the meal itself.  So I quickly got things set up (too quickly I'm afraid because after I was done and looked at the photos, I realized what I could have done better--but hunger was motivating me to hurry) and made a few images.

I finally had the chance to eat, and it was as good as I had anticipated. 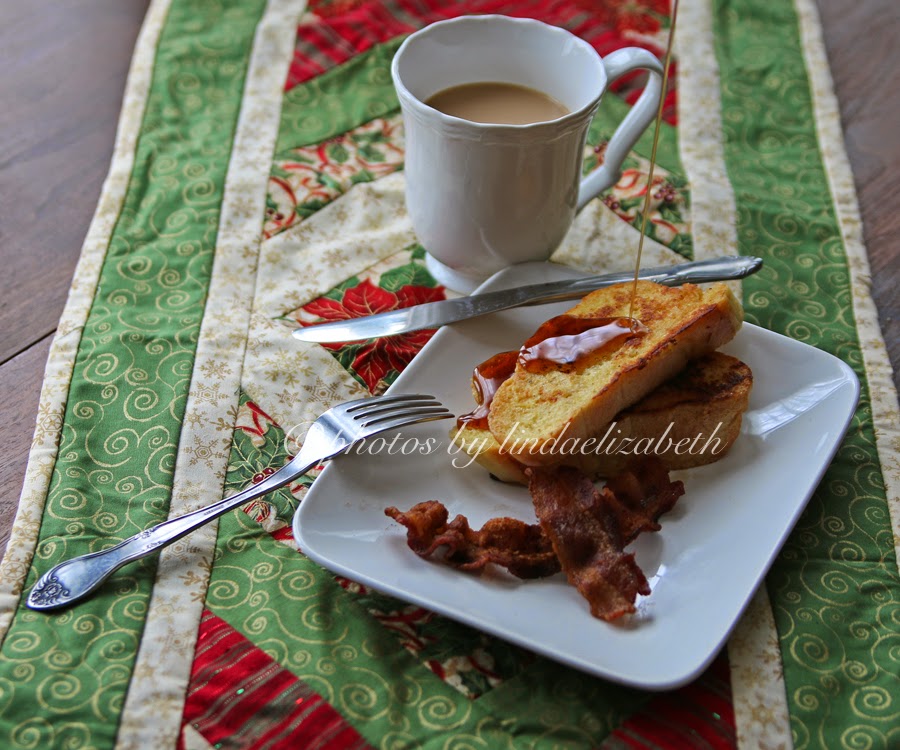