What do all these have in common?  Well, Ray and Joan Kroc were the founders of McDonald's.  They were great philanthropists and they felt strongly about promoting families.  In addition to starting and supporting the Ronald McDonald houses, they contributed funds to several other charities, one of which is the Salvation Army.

Ray died in the 1980s and Joan died in 2003.  When Joan died she bequeathed a huge sum of money to the Salvation Army.  The Army disbursed the funds throughout their four regions in the United States with the intent to build family-oriented community/sports centers.

Following is a quote from one of the Salvation Army sites.

"From the very beginning, The Salvation Army envisioned this as a long-term project – that it could take up to 10 or 15 years to have all of the centers open and operational   No other U.S. charity – faith-based or otherwise – has ever undertaken such a sweeping fundraising or construction effort with the potential to impact millions of people".

There's a Kroc Center in Oahu. This past Saturday they hosted their first Super-Hero Run. There were two categories: a 5K for adults or anyone wishing to participate, and a much shorter run for keiki (children), divided into age groups.

Leah and her friend from church registered to participate. I, of course, went to take photos. 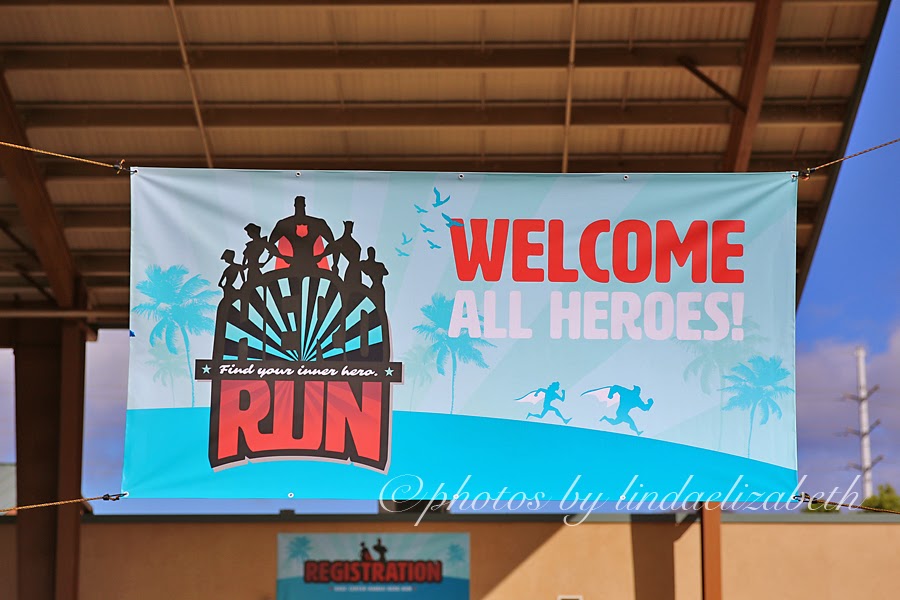 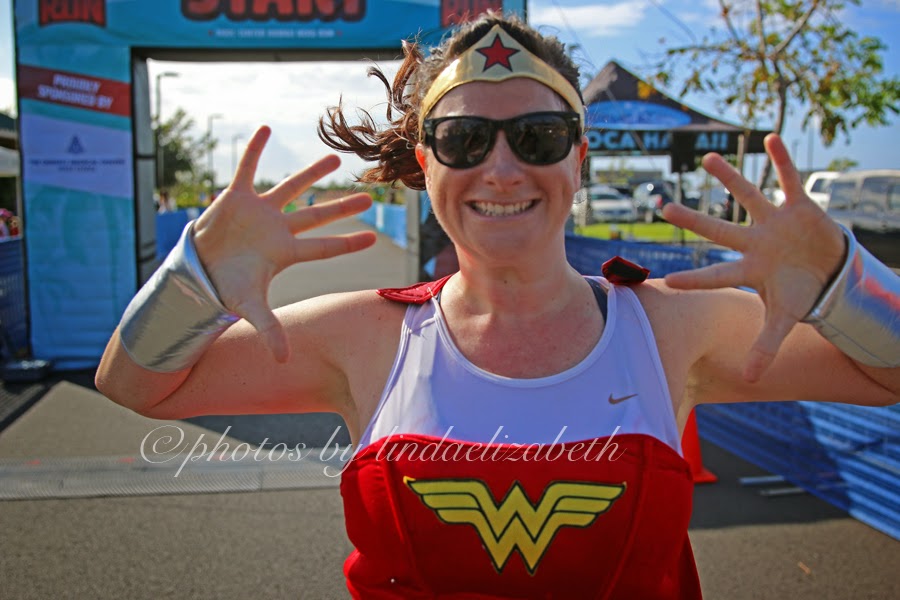 It was easy to be at the finish line because at the beginning of the race it was also the starting line.  While waiting for Leah and her friend, I got some shots of other people going through the finish line. I saw this couple running together, took some pics, and then they impetuously kissed.  How great is that!!! 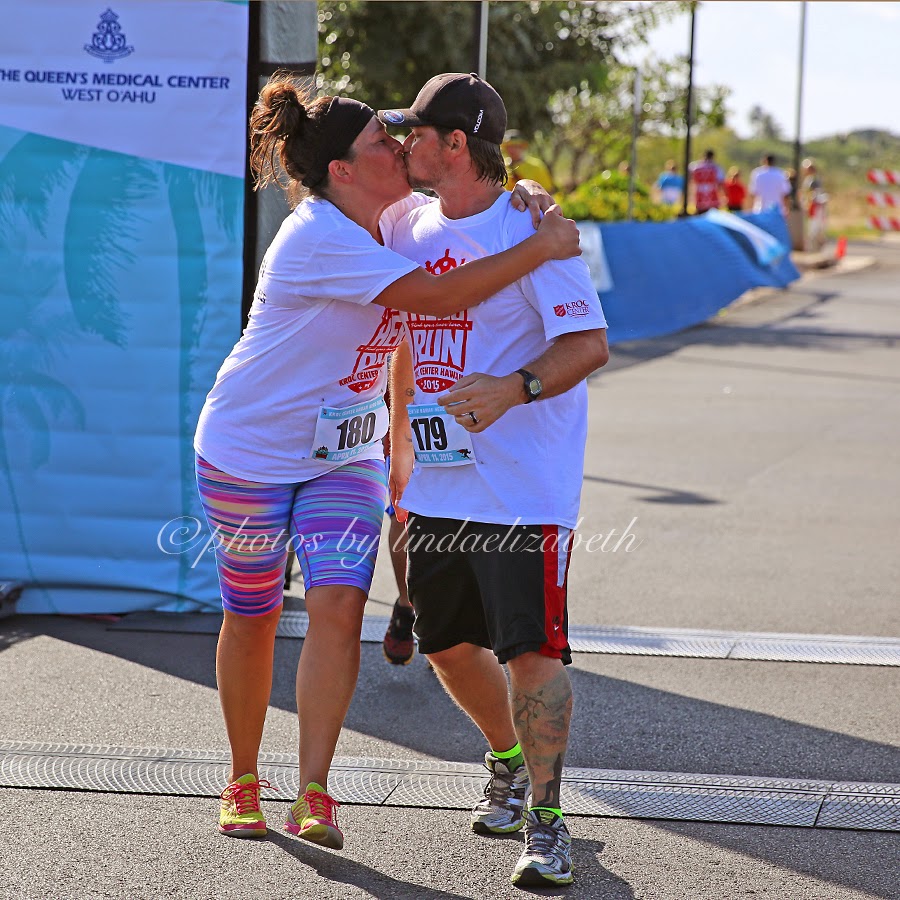 This little guy ran in the 5K portion of the race.  I don't remember where he placed, but it doesn't matter.  The only problem I had was that I couldn't  clap/cheer and take photos at the same time.  The photos won out, but I was cheering in my mind. 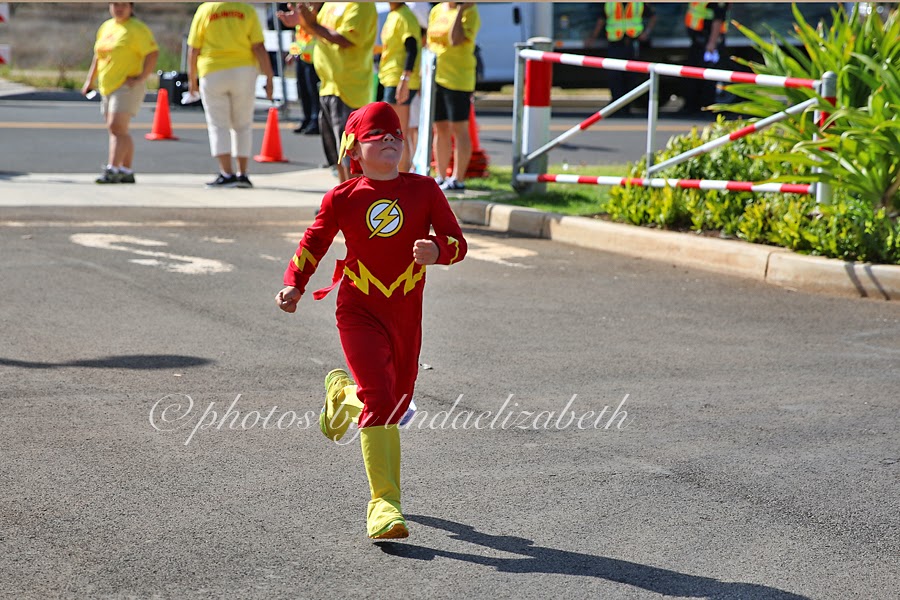 Now, this little guy...he ran in the keiki portion.  I had to crop this image but his mom is in the original, just to the right.  She was smiling big-time.  And look at his expression!  This is just too cute, I'm getting goose-bumps just posting this. 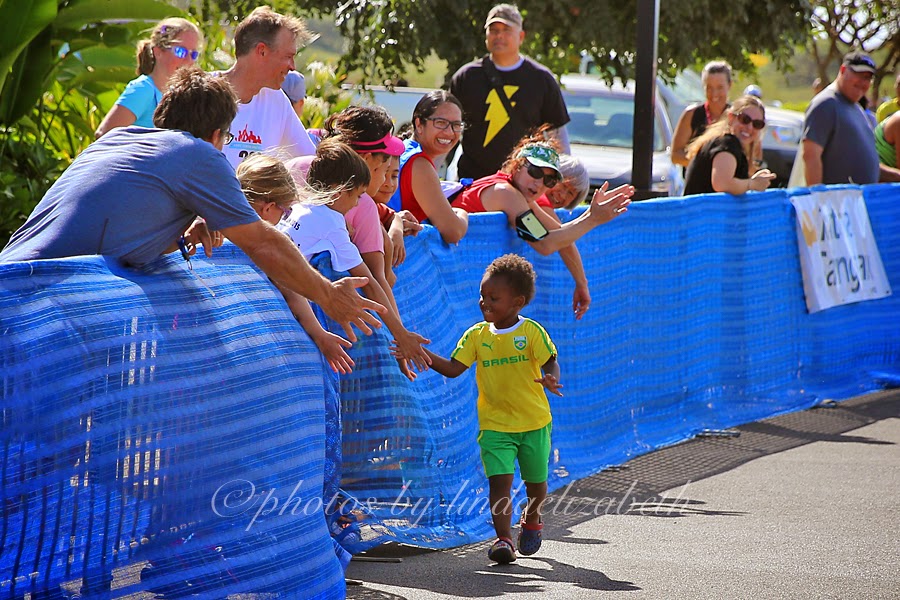 Anyway, it was a sweet morning.  There were about 300 registered participants, and I'm guessing the event will be at least twice as large next year.
Posted by Linda at 2:15 PM 1 comment: