Things have been very hectic these past few days.  The last couple of days of the bus tour included a LOT of riding and, unfortunately, each stop was way too short.  The last stop we made before arriving back in London was at Stonehenge.  Totally amazing and even though there were a gazillion people at the site, the way they had it roped off made it fairly easy to get some shots without the other tourists being obvious. 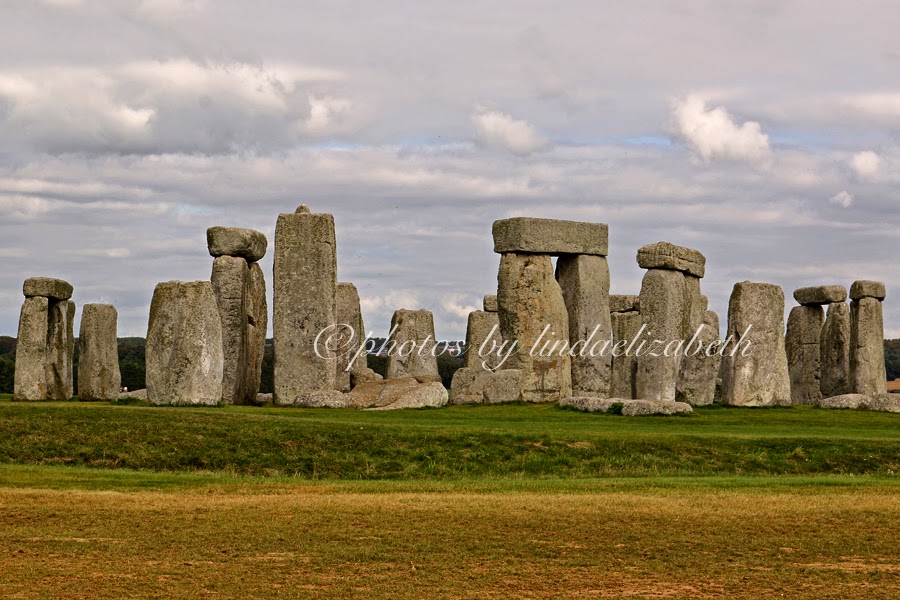 We arrived at the London hotel in late afternoon.  Sybil, her mom, her daughter and her friend all decided to go out and shop.  Scott and I stayed in.  Around dinner time the two of us found a sushi take-out and brought some dinner back to the hotel.  It was a nice relaxing evening and the food was really good.

Sunday morning we got up and had breakfast, then I went out on my own and Scott & Sybil left to do their thing.  I found my way to Buckingham Palace in time for the changing of the guard.  Actually, I got there an hour early, but there were already probably thousands of people waiting.  I found a space right up front by the road and stood next to a very nice couple from Boston.

Considering how long we had to wait, it was fortunate that it was a beautiful day--probably around 70 with a sweet breeze blowing. 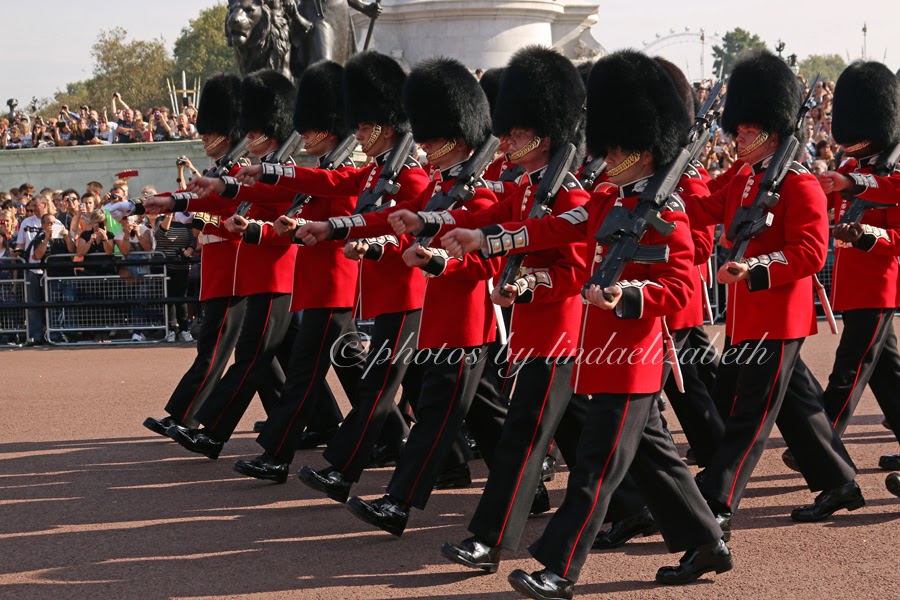 After the horses and the guards paraded past us, they all went into the area between the gate and the castle where the actual changing of the guard took place.  There was no way to get near the gate to see it because of the jam of people already there, so I just consoled myself with the photos I was able to get from my position.

After the crowds began to disperse, I was able to get near the gate.  There are two guards, one on either side of the main door to the castle.  Each would intermittently do their routine of marching back and forth in front of the castle and I was able to get some shots of that. 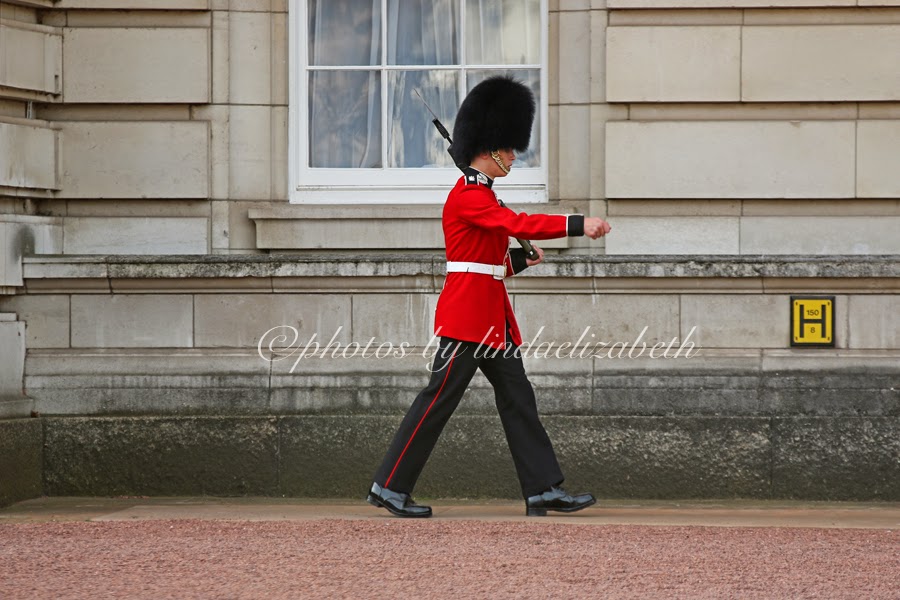 I then returned to the hotel to meet the others for our trip to our B&B for the last two night of my stay in London.  We took a cab and arrived mid-afternoon.

I grabbed my camera and headed out to find Sherlock Holmes' flat at 221B Baker Street.  That address doesn't actually exist, but there is a storefront which houses a small Sherlock Holmes museum and gift shop--along with a bobbie who stands outside to pose with tourists for photo ops. Alongside the museum is Hudson's Restaurant. 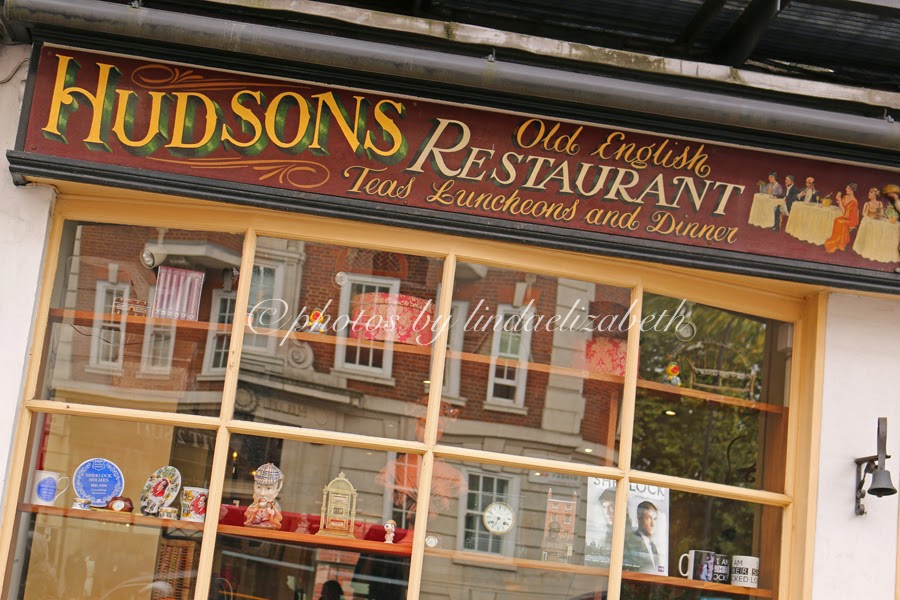 It was a good day.

The first two images are from Dublin.  There are many bridges crossing the river and I thought this one was very interesting. 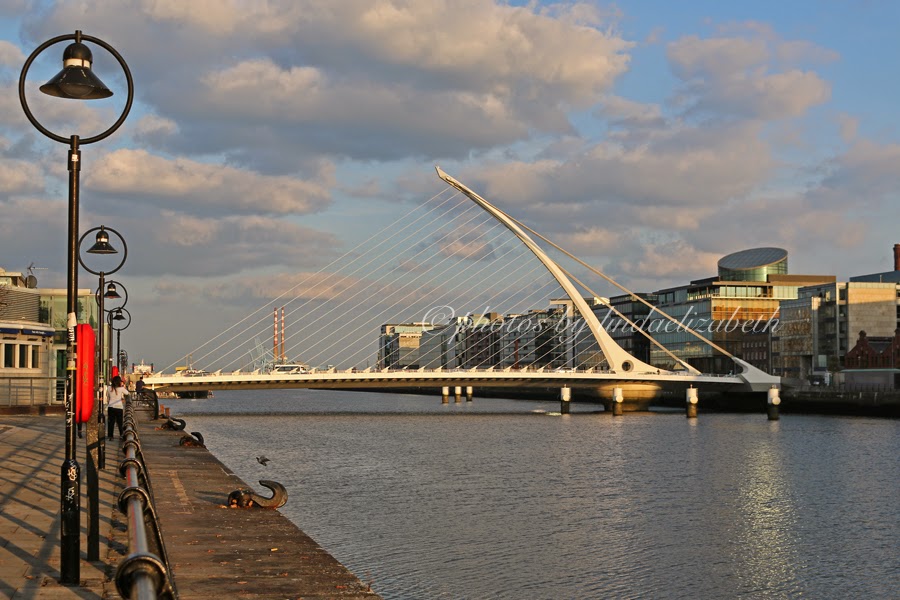 The ship in the photo below is one that transported Irish to America during the potato famine. 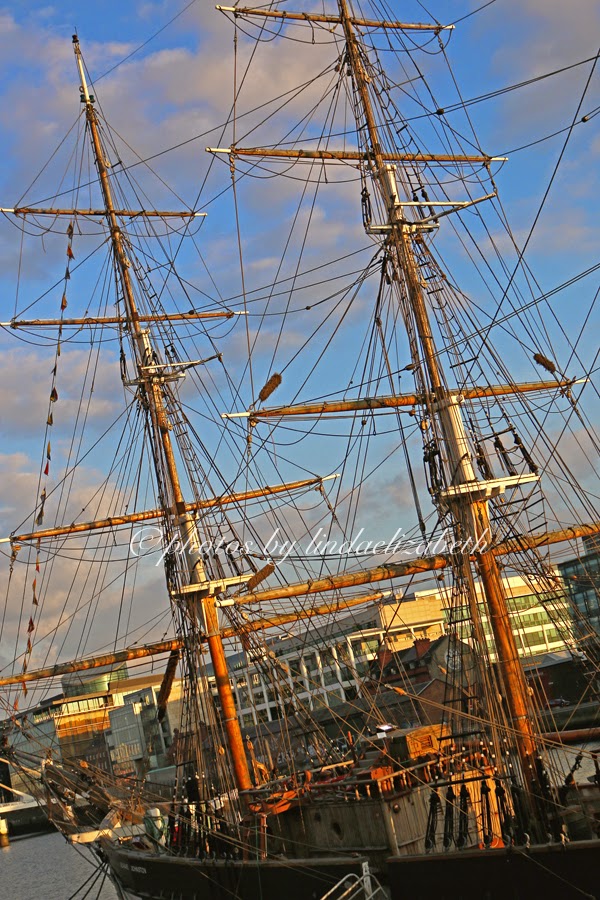 We left Dublin on the morning of Tues, Sept 23, heading for Ennis, Ireland.  Along the way we made a short stop in Galway.  The next four photos are random pics taken along the cobblestoned pedestrian area of the city. 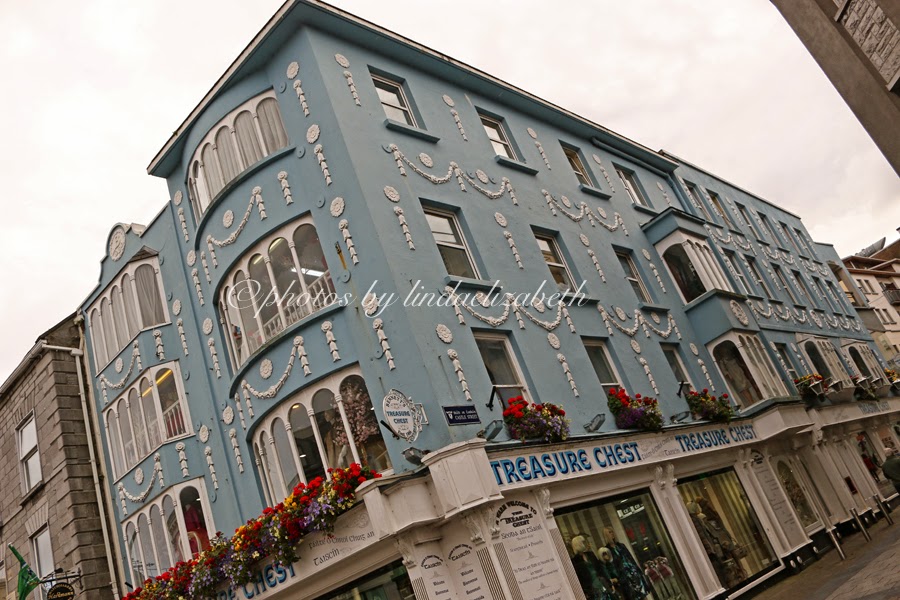 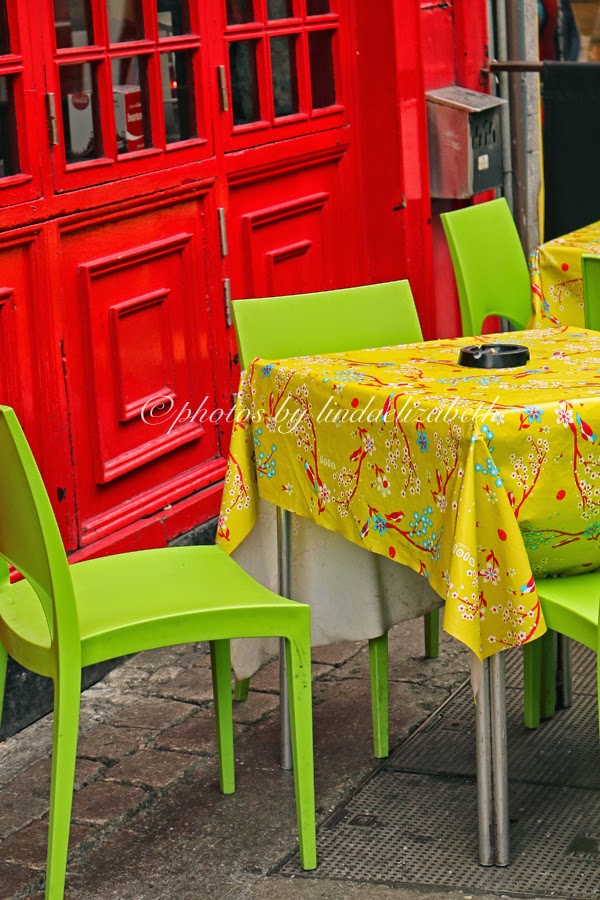 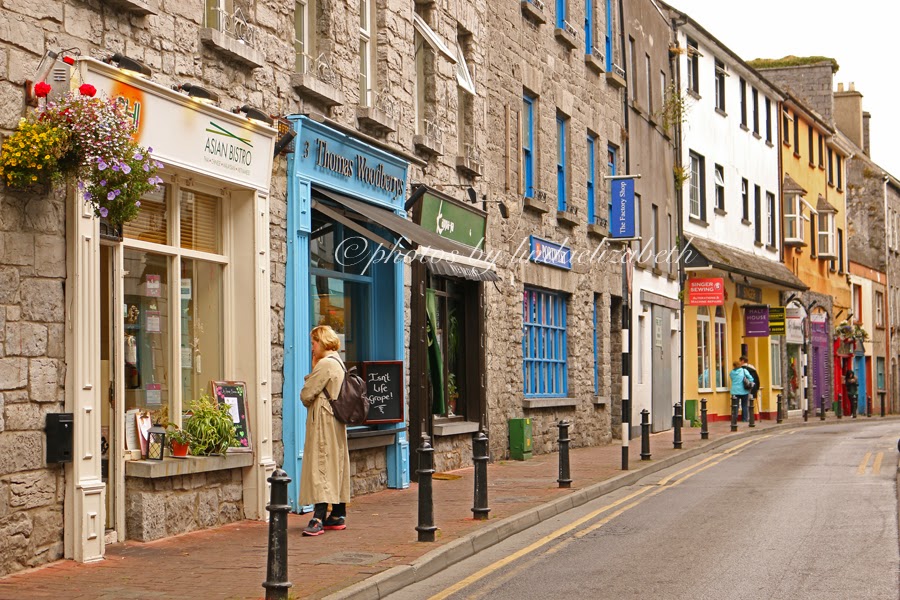 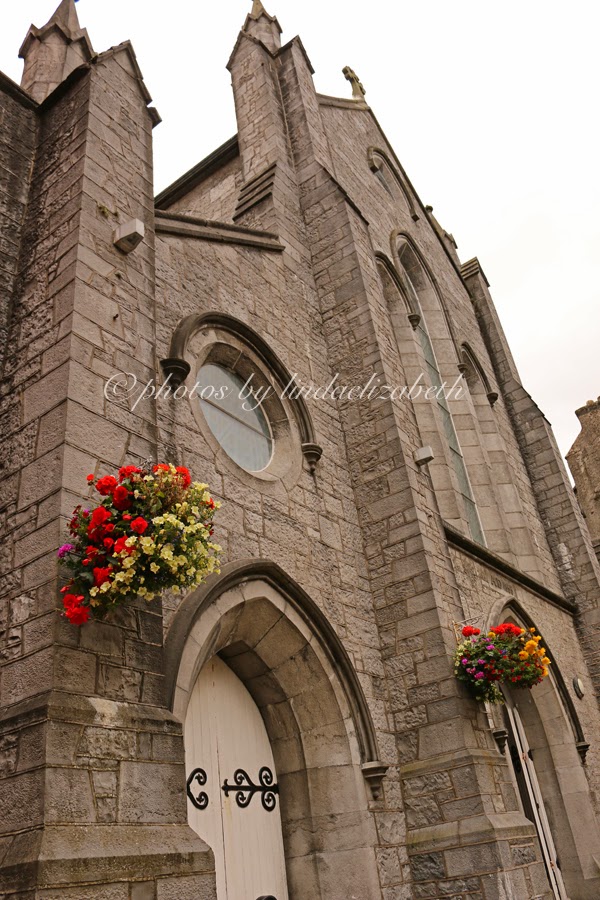 The last stop we made before arriving in Ennis was at the Cliffs of Moher.  Very impressive in spite of the thick fog and the drizzle which turned into thicker fog & actual rain not long after we arrived.

Yesterday we traveled south from Scotland, down across Wales and on the ferry across to Dublin, Ireland.  This morning we had a short bus tour through the city and then we were let loose to do our own thing.  I spent a few hours walking around photographing random sites.

Dublin is definitely a city of mixed peoples and architecture.  I heard all kinds of languages as I was walking along the streets and the architecture ranged from totally modern to hundreds of years old.

The weather was beautiful.

We drove several hours north to York, England today.  The guidebook says it's "England's most complete medieval city".  York Minster is one of the largest remaining cathedrals in England. It's also known as St. Peter's, its full name being the "Cathedral and Metropolitical Church of St. Peter in York".   The architecture is absolutely stunning. 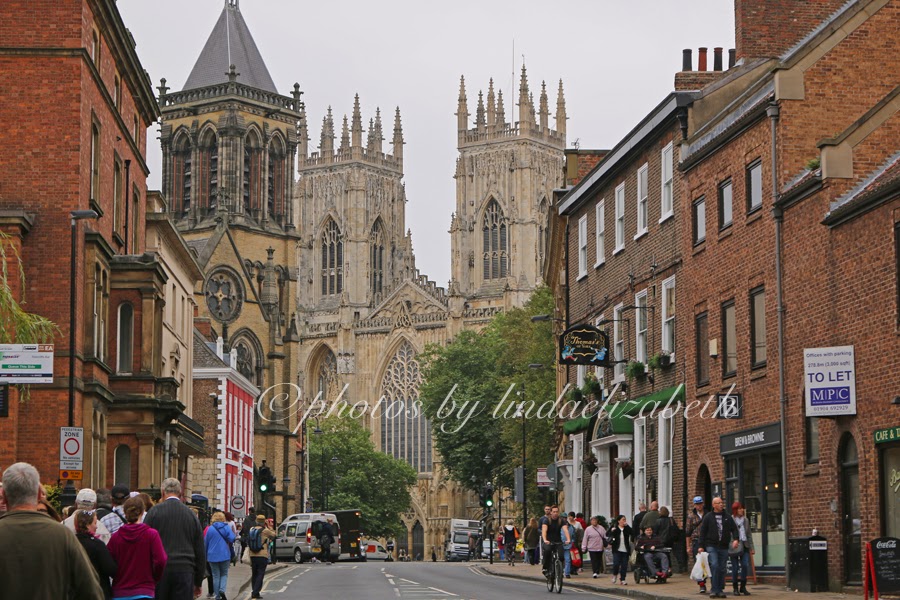 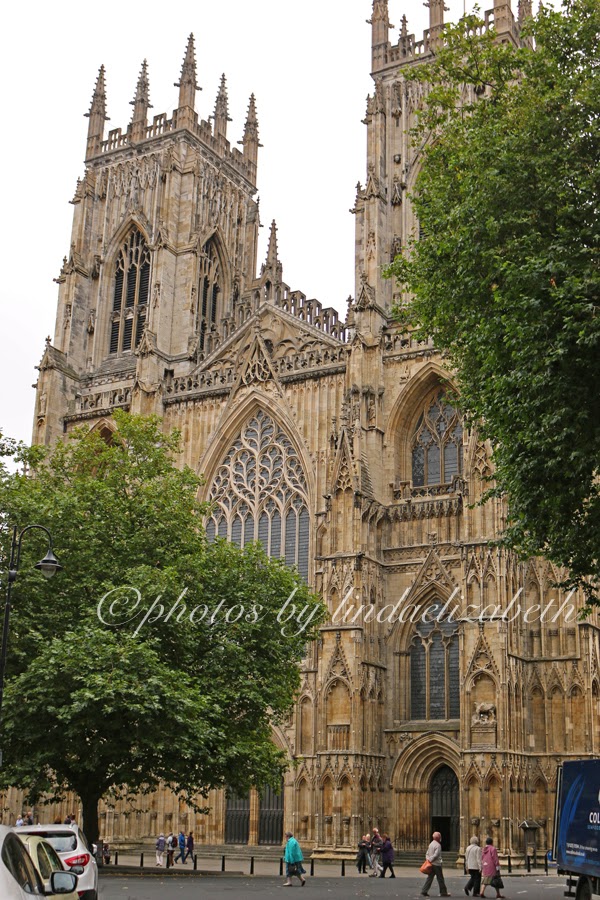 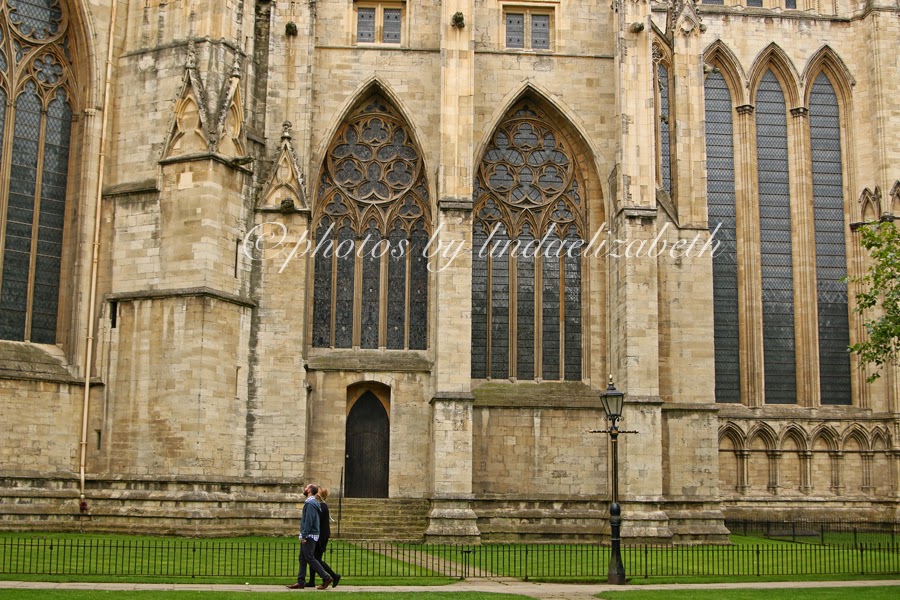 The old city has all kinds of tiny, curvy streets made of cobblestone with shops and eateries along the way. 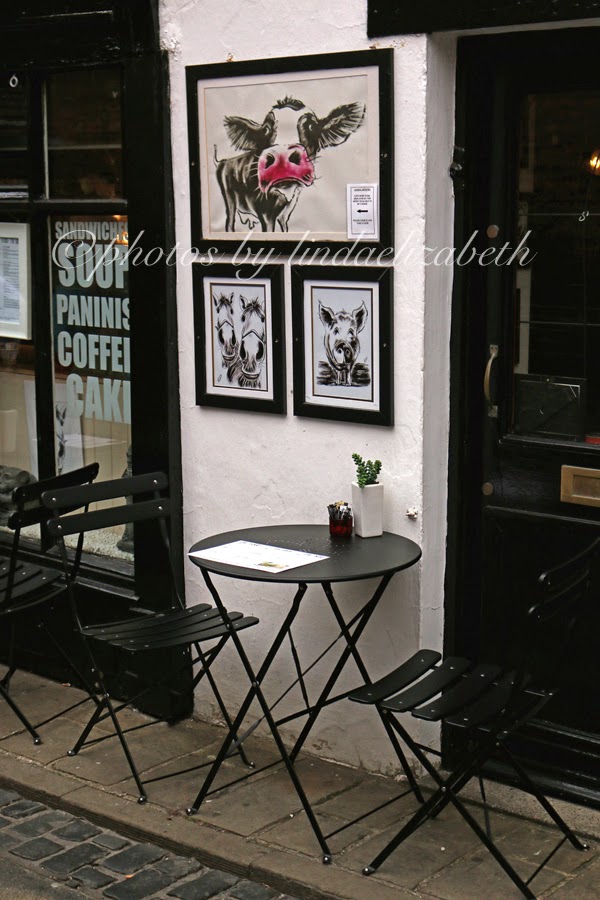 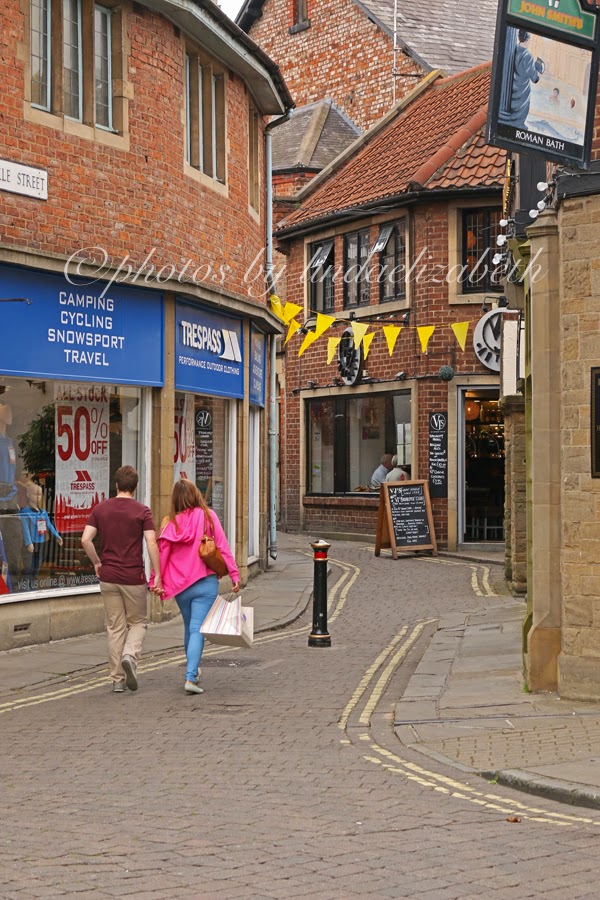 We finally left London today with the tour bus.  Heading north in England we went through Oxford, Stratford and Coventry, ending in Newcastle to spend the night.  It was a busy day, but I saw some amazing places and the biggest decision we (my small group of traveling companions) had to make was where to eat lunch--I won't bore you with all the choices we had to make and all the arguments we had in the previous days when we were completely on our own.

The First Day in England
20/365
(this is a long read, but this post more for me as a journal entry than for my readers so it's up to you whether you want to wallow through the details)

The flight to London was great.  They served a dinner, which was amazingly good, and offered free movies.  I watched three, good grief!  "Mom's Night Out" (and laughed out loud AGAIN)  "Monuments Men", which I had been wanting to see anyway, and I can't remember the name of the third movie, but it starred Drew Barrymore and her love interest was an avid, obsessed, over-the-top  Red Socks fan.  Pretty funny.

Once again I didn't sleep a wink on the entire overnight 5.5 hour flight.  Okay.

So the plane landed at Heathrow airport on time, about 2 hours before the others were supposed to arrive on a different flight.  Great I thought, that gives me plenty of time to walk the bazillion miles from the landing gate to customs  schlepping my camera backpack on my back plus a messenger-type bag containing my computer, some cords, my kindle and a few other little items--which, I might add,   WEIGHED.  A.  LOT.

After going through customs it was another hike to get to the baggage claim. Eureka, my bag was there, so I grabbed it and headed towards ANOTHER.   FAR.  AWAY.   destination--the bus depot.  I had strict instructions from my son to go there and wait for them.

The five other people in our group arrived shortly, at which time we discovered that the bus schedule Scott found online to get us to our hotel was only active  AT.  NIGHT.  and since this was high noon, we had to find alternative transportation.  Okay, we could do that.

Back into the terminal to find our way to the "tube".  There we were, all 6 of us, dragging our bags in and out of elevators and up and down stairs (yup, you got it, they don't have elevators for the different levels in the subway)  Our first train ride took about 40 minutes and then we had to transfer trains.

In her effort to help her grandmother onto the next train, the granddaughter was shut out of the train as the rest of the 5 of us zoomed away.  Fortunately, when the train began moving, mom was able to call out a station where we would get off and meet so she could follow on the next train.

Of course, everyone, including grandma, was on a different car than Scott and me, so when we arrived at the afore-mentioned station, Scott jumped off the train, tossed his bag against the wall and scurried over to help grandmom get off before the very insistent and stubborn doors closed and the train took off with her.  Mission accomplished, and then around the corner came granddaughter.  Smile. Reunited again.
Hahaha, this is the stuff movies are made of!

So once again we schlepped the bags up the stairs only to discover that we were a VERY.  VERY.   VERY, long way from our hotel.  So we began walking.  I won't bore you with how far we walked, but suffice it to say that it definitely filled in the void of not hiking in the Adirondacks this week.

We finally arrived.  I didn't have my wits about me enough to get my camera out and take a photo of the place, but maybe I will in the next day or two.  We then decided to go get something to eat at the advice of the guy at the front desk who said there was a great "pub" just two blocks away.  Hmmm.  So off we went.  You probably know where this is going....It was no more a "pub" than the Cordon Bleu is a deli.  I couldn't find a single thing on the menu that I was willing to pay for, let alone eat.

We were all very hungry by then, but a few of the group wanted beer!  Guinness to be  exact.  So we hung out there a little while.  The bartender assured us that there was a great place to get fish-and-chips (he named the "pub") back where we first got off the train.  Do you hear the warning signals???  We wisely decided to take the bus back there.

We finally found the "infamous" World Market where the pub was allegedly located. The market is huge and goes on and on and reminds me of the Night Market in Chaing Mai (which almost caused me to hyperventilate because of the crowds and chaos), but of course we couldn't locate the recommended pub in spite of searching for it for a painfully long time.

We finally just got food from the vendors and ate.  Three of us returned to the hotel and the other three went "pubbing".  Only 19 more days to go.


What I've learned about England so far:

**I heard very few people speak English with an English accent--it seems like the majority of the
people here are from other countries
**The English pedestrians seem to have NO regard for red lights and "don't walk" signals
**They drive on the left side of the road.  They drive very fast and very close to the curb
**Their hotel rooms are miniscule
**They provide one towel and no wash cloth
**The English people LOVE to smoke and must not have received the memo about it being harmful
to their health
**This particular hotel doesn't have a "lift" to get bags upstairs or downstairs.  Tired by now.
Posted by Linda at 6:31 PM 1 comment: Links to this post