Visiting With the Characters
4/365

The second day of our stay at Aulani was just as pleasant as the first.  It was a little overcast which made for a comfortable time while sitting in the lounge chairs.

Micaela came for the morning with her son.  He spent most of his time playing in the kiddie pond, but then we got news of the schedule for the characters to be out and about, so we headed over to the location to grab a few images of the boy hanging with them.  There's always a long line, and you don't get much time to pose, but whatever you get is fun.

Here's the boy with Stitch Then mom jumped in for a photo. 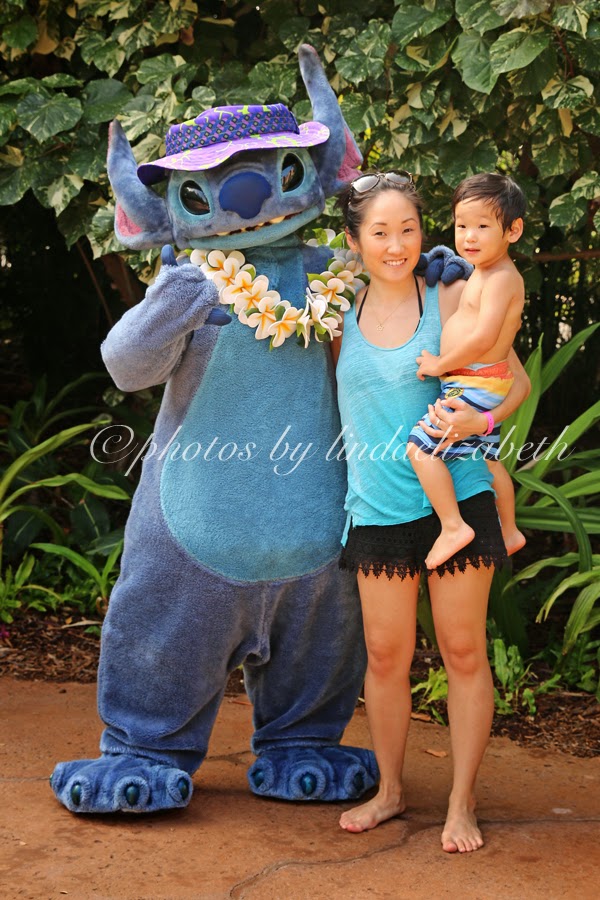 A little later Mickey and Minnie showed up.  It was so cute~~as the couple were walking from the hotel to their photo spot, they were holding hands.  I was totally in the wrong place to get that photo, but all I could say was, awwwwww.

There were probably just as many adults without children in line as there were families with children. 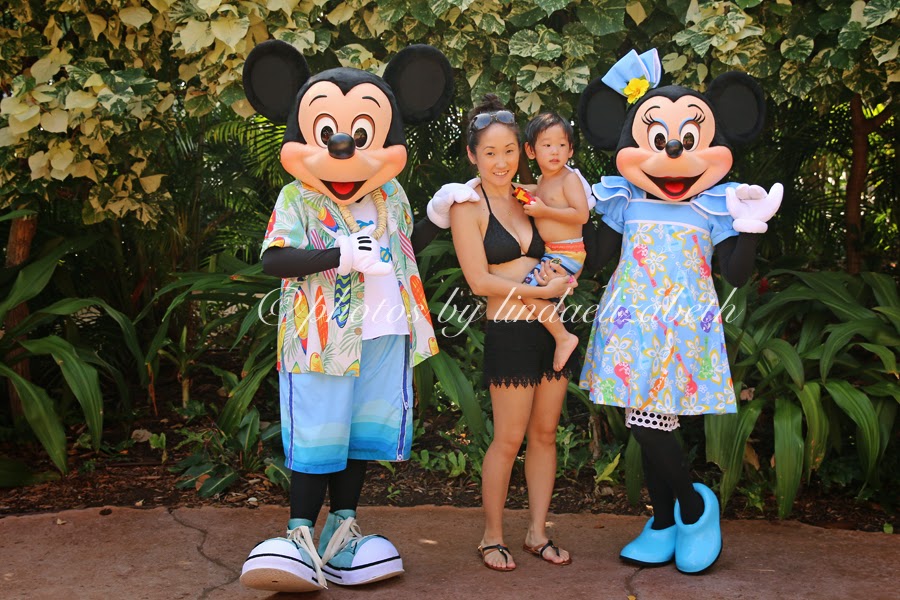 Then, as we were walking back to out lounge chairs, I saw Goofy posing with folks and managed to get this shot of him just before someone stepped close to him. 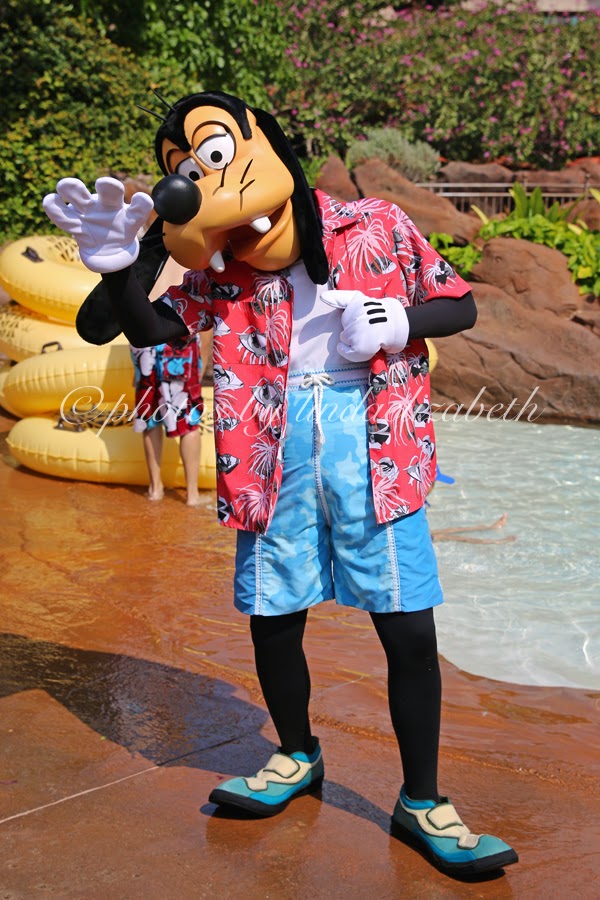 It was a good day.  We treated ourselves to another lilikoi pina colada, spent some time in the pools and just basically vegged the afternoon away.

Then we went back to Betty's house for dinner, watched some tv and then I headed home.  Occasional days like that are so good for the soul.  And what great fodder for my memory bank.

Thank God for His blessings.

My daughter presented me with the opportunity to stay at Aulani for a night.  Be still my heart!  Aulani (the Disney Resort) is one of my favorite places on the island.  I've mentioned many times how much I'd like to work there.  That will probably never happen, but it's such a kick to spend time there and now....to have the chance to spend two days and a night....well, there are just no words!

We arrived Wed morning and were greeted with lei. 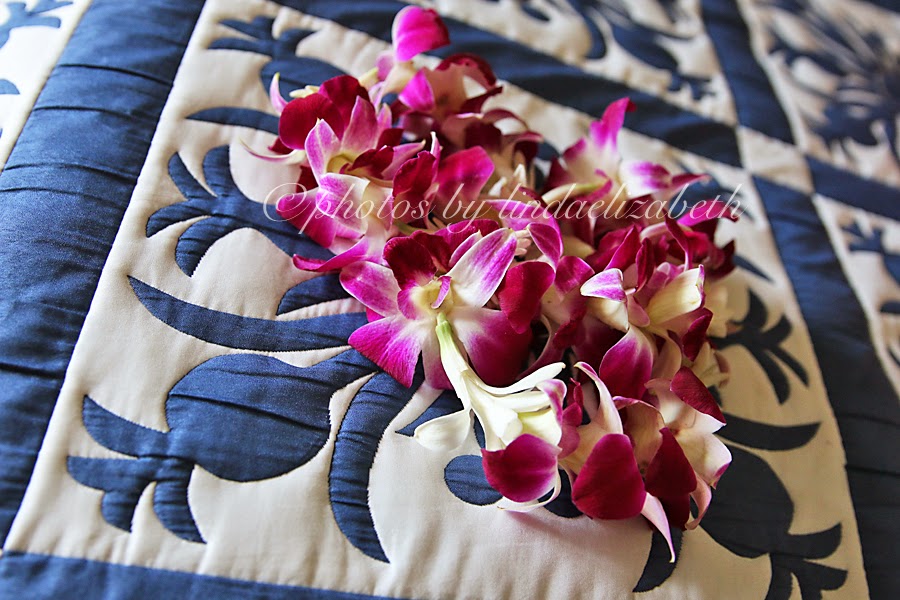 We went directly to our room to unload and change into our bathing suits.  I had to grab a photo of the view from the balcony. 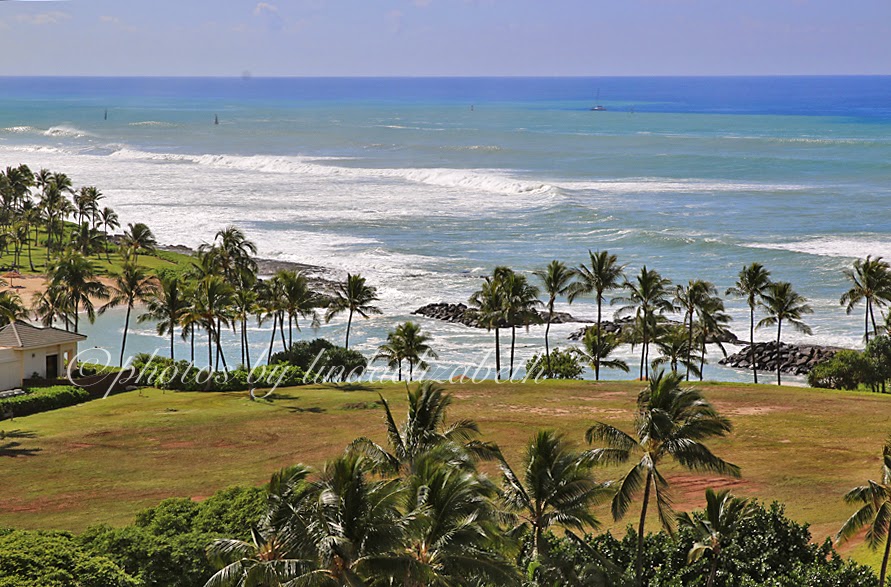 This is the infinity pool looking out over the ocean.  There are mega-waves on the North Shore and apparently they're wrapping around to the south-west.  In the winter the ocean is usually very calm, but not today. 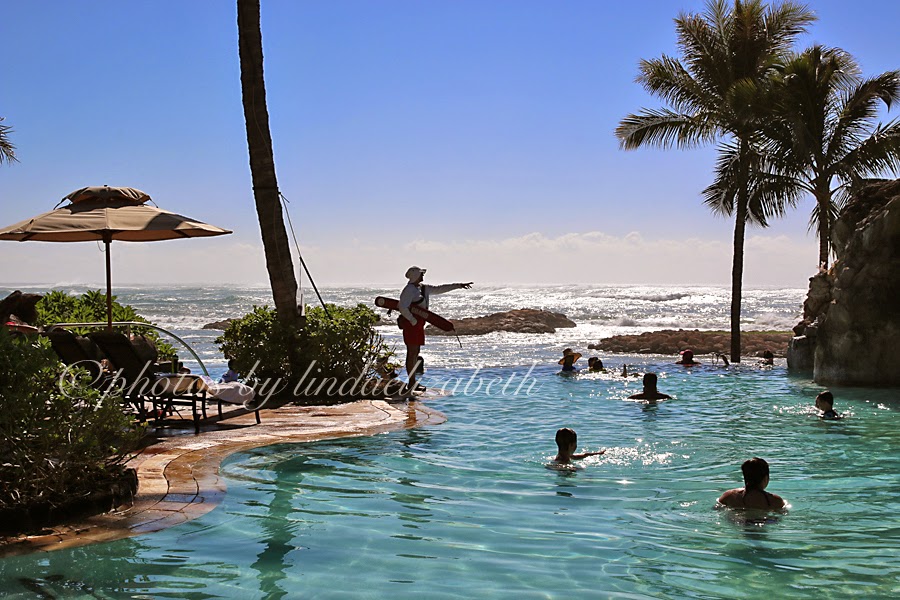 We decided to treat ourselves to Pina Coladas in the mid-afternoon. 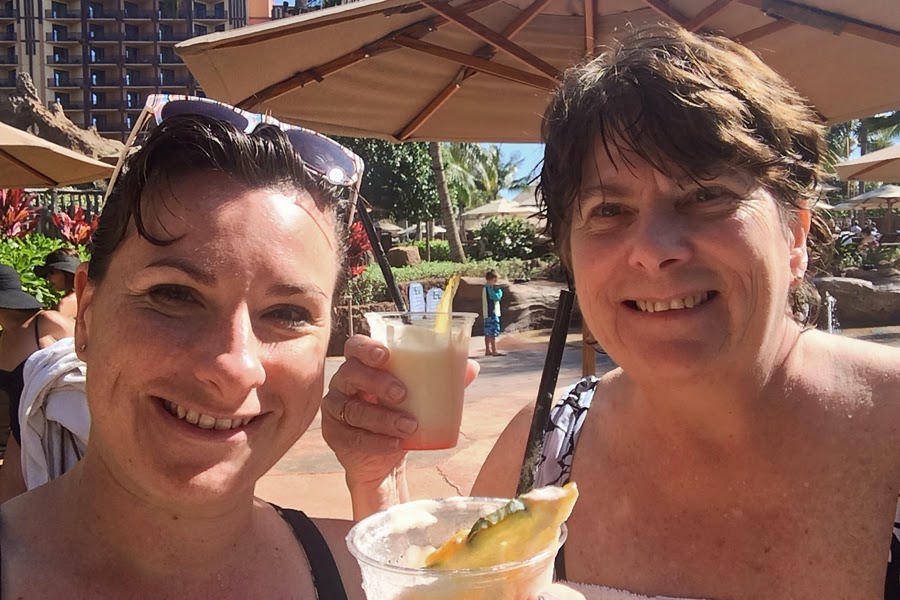 We ended the day with a pizza dinner and the movie, Saving Mr. Banks.

Well, I landed in Hawaii last Tuesday (today is Sunday), after a delayed departure, a missed connection, a re-routing, a long, long trip and many plane changes which unexpectedly included having to go through security again with very little time to spare.  I did a lot of jogging in between flights and managed to get to one of my connections just as the passengers were half boarded.

Because of the change in itinerary, my luggage didn't arrive until two days after I did.
It all worked out though, and the flights themselves were uneventful...

1)  wearing the same clothes for 3 days straight,
2)  jet lag,
3)  the stinkin' head cold,
4)  the atmosphere loaded with oppressive VOG,
and
5)  discovering that my car wouldn't start and having to take it to
the shop to find the cause, it was a miserable few days.

I'm finally on the mend.  I feel a little better each day and I took my camera out of the bag for the first time yesterday.  That's always a pick-me-upper!

Today I took a short walk with my camera.  There isn't too much to photograph here in the development, but I got a few images of some foliage.

So just for the sake of posting something, here ya go. 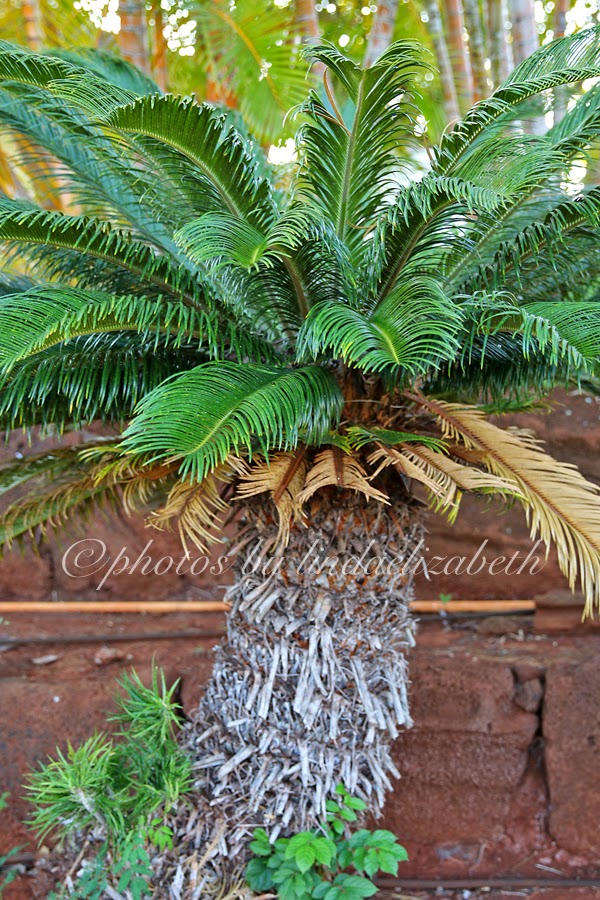 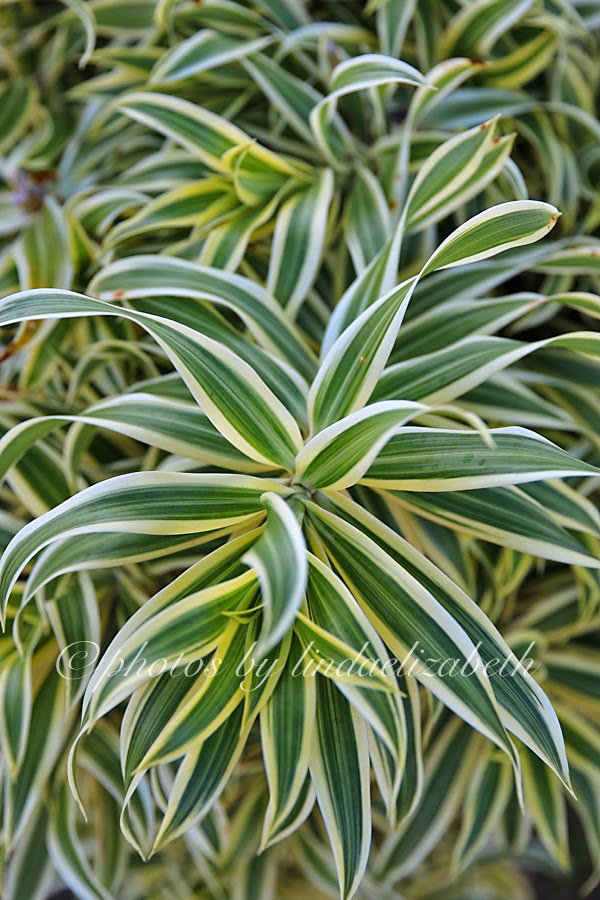 My last post was on Dec 30. It's been 5 days.  My goal for the new year is to post twice a week on specific days~~the days for this month being Thursday and Saturday.

Well, here it is Tuesday, so not only has it been a long time, but I'm late and it's the wrong day.  Hmmmm, is any day really the "wrong" day?  I guess not, but if one makes a schedule and then breaks it immediately by stalling and not following the schedule, does that constitute "wrongness".

Volumes could be written about that, so let's just move on.

By my sloppy calculations we've only had between 12-18 hours of total sunlight since before Thanksgiving.  That's about 40 days....  That's a lot of dreary weather.  I'm taking Vit D and have considered upping the dose.  So the other day (Sunday to be exact) I looked out the window and saw even drearier, foggier, cloudier and depressing-er (I know that's not a word, but it fit well with the sentence) conditions than previously.  I sighed and went about the business of getting ready for church. Then the lightbulb went on and I realized I should get some photos of it.

With very little time left, I stepped outside my door and made a few images.  I'm glad I did, I got a few keepers, even if they're just for the record. 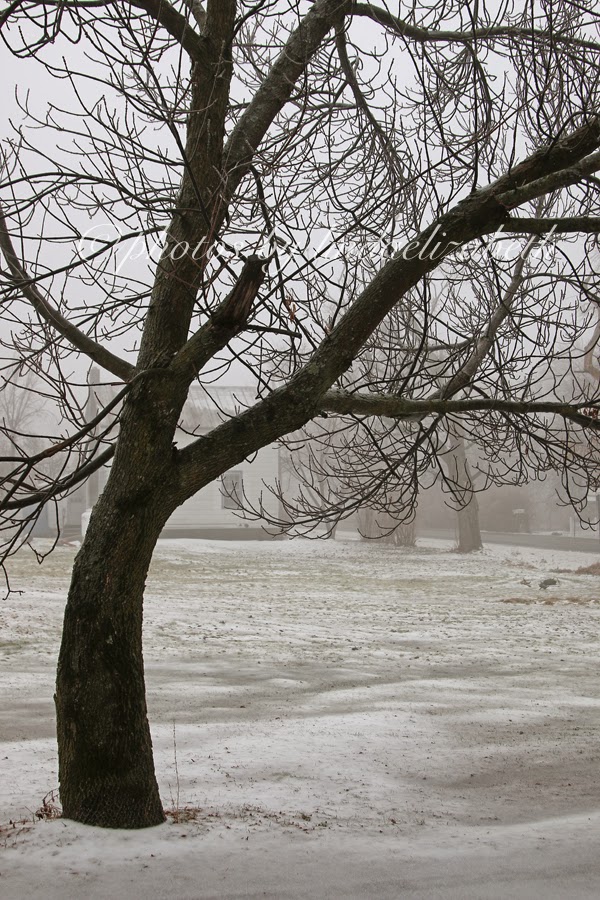 Then yesterday, while I was in the midst of about 4 chores I decided to make myself a bagel with cream cheese and then I got the urge to photograph food.  It's ridiculous, I'm really bad not very good at it, mostly because I don't cook anything exotic enough to make a good image, but there's just something in me that wants to pursue food photography.

So I decided to photograph the bagel.  I dropped all the other half-finished chores I was working on, set up the table, ironed the placemat, made a cup of coffee, grabbed the tripod, camera, reflectors, toasted the bagel and attempted to Work-The-Subject. 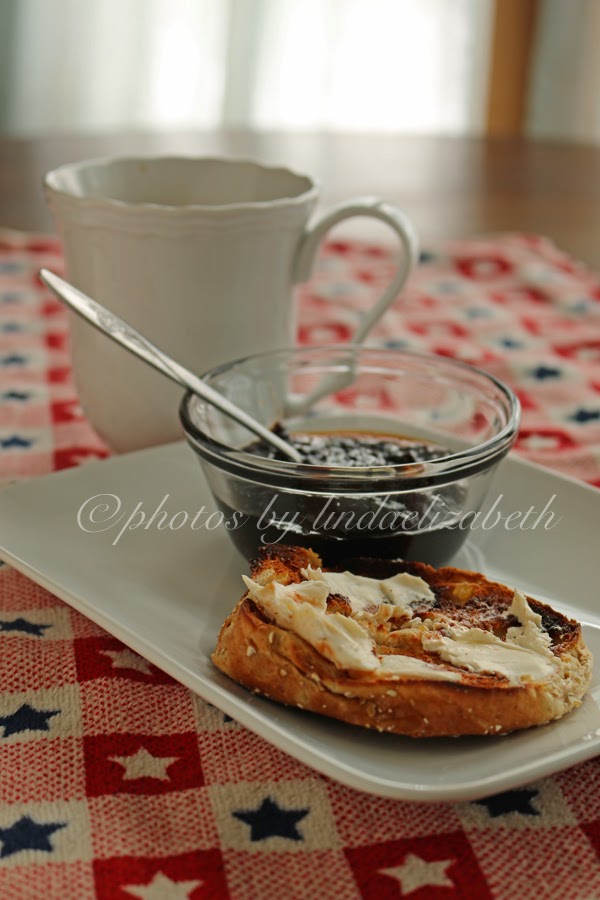 The bagel and coffee tasted better than the picture turned out.  I once read the book "Art & Fear" that stated many times over that an artist's good work is born out of the artist's bad work.  I often feel like I should be creating some R.E.A.L.L.Y. good work pretty soon considering how much bad work I've done in my photographic career, hahaha

I guess I should cut myself some slack though.  If I had taken this picture 15 years ago it would have been truly pathetic.  Anyway, I will persevere!~!